Imagine this… You are a bird, flying over a park. There’s some guy sitting on a park bench with the sun glistening off of his bald head. You just finished some high-fiber bird seed. And quite frankly, you can’t resist. (Who could?)

When you have a bird’s eye view, everything looks like a target. Because that’s exactly what they are… targets.

Guano, once prized for its fertilizing powers and its nitrates used to make gunpowder (see Guano on Wiki), is now a hilarious bird pooping game.

Tilt your device to move through huge, never-ending maps. Tap the screen to poop on your targets – people, pets, cars, laptops, hot dog stands, and more.

Score golden egg coins as you go. Use them to unlock awesome characters, new maps, and special defenses. 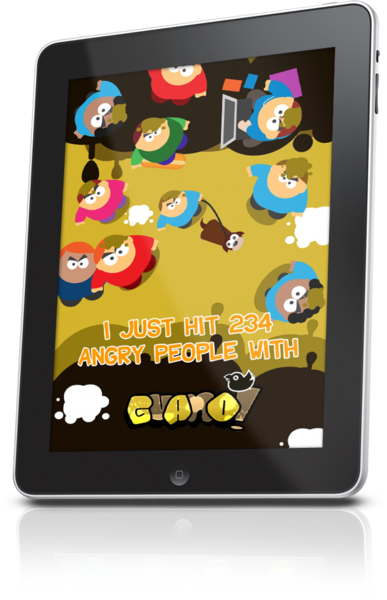 But watch out! Those people can get pretty ticked off! In Guano!, it’s not the birds who are angry… it’s the people. The more you fly overhead, they begin to catch on and start fighting back.

Here are just some of the features in Guano!: